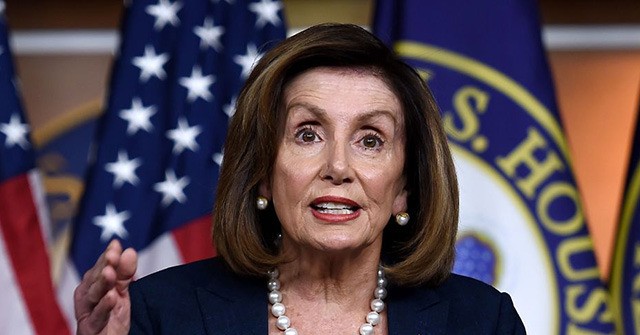 Before the vote, House Democrats blocked Rep. Denver Riggleman’s (R-VA) motion to recommit. The motion, if passed would attach a House Republican amendment to the Heroes Act that would prevent illegal immigrants from receiving the stimulus checks contained in the bill.

Rep. Lance Gooden (R-TX) said in a statement on Friday that the bill serves as a waste of time and will not help Americans.

Speaker Pelosi and House Democrats have wasted our time at a moment when real leadership is needed. All this does is give them a chance to point at the Senate and whine that they haven’t gotten their way.

We’ve got to get the American people back to work. We’ve got to fix unemployment insurance. We’ve got to get small business loans to the people who need them. This legislation will never accomplish those things, and everyone who voted in favor of it tonight knows that.

But in this bill, $500 billion to bail out states who were failing prior to COVID-19. What’s not in this bill, Mr. Speaker? Money to hold China accountable for this whole mess. No money in this bill to hold China accountable. But again, what’s in this bill? Billions of dollars for people who are here illegally. Just look at this one page in the bill, just one page, two-word change that makes accessible hundreds of billions of taxpayer dollars to people here illegally. It’s in the bill.

House Republican Leader Kevin McCarthy (R-CA) said on the House floor on Friday that Democrats continue to use Americans’ suffering as leverage for their progressive ends.

“America is in a serious crisis — but House Democrats see it as “leverage” to pass their socialist agenda,” he said. “Republicans reject Democrats’ liberal wishlist and will continue to focus on getting Americans back to work safely and defeating this virus,” McCarthy said.