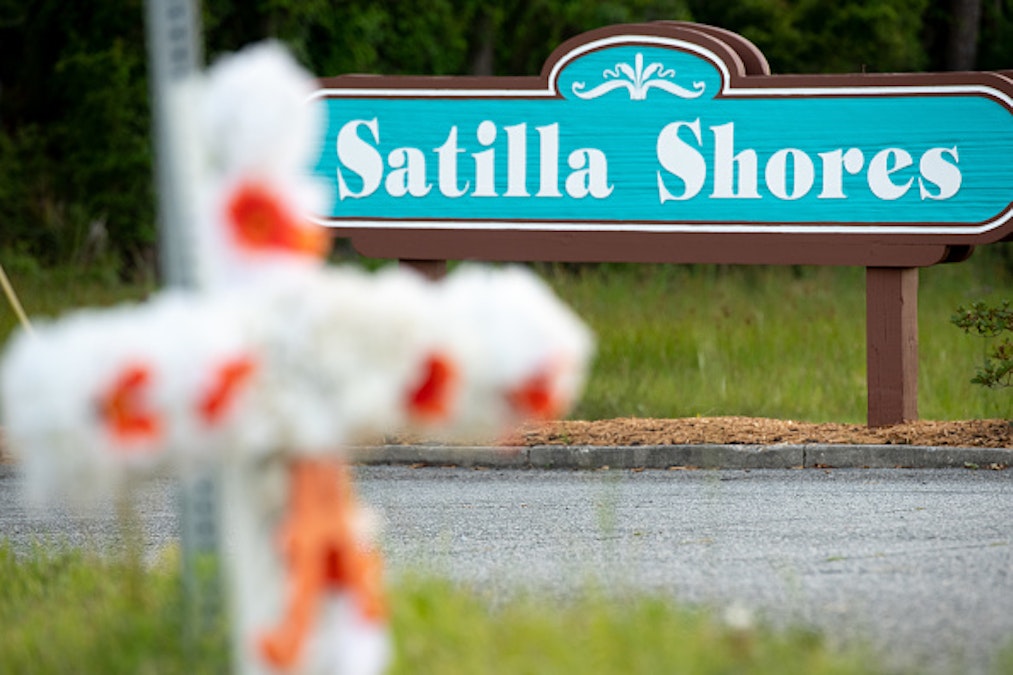 Over the weekend, defenders of Gregory and Travis McMichael seized on surveillance cam footage reportedly showing Ahmaud Arbery walking through a construction site prior to the altercation that led to his death, claiming the evidence proved the father and son were justified in setting up an armed roadblock to enact a citizens arrest.

However, former U.S. Attorney for the Middle District of Georgia Michael J. Moore says the video has “no bearing whatsoever” on the McMichaels’ defense.

“It really has no impact at all on the ultimate outcome of the shooting,” Moore told Fox News. “He’s not reported to have been seen carrying a drill set, a toolbox, a nail gun, anything you might think of, not even seen breaking in the place. He’s just seen running down the road.”

Trending: GSA Starts The Transition Process To Biden After Threats To Family, Kids and Pets!

On February 23, Ahmaud Arbery was jogging through a neighborhood in Satilla Shores, Georgia, where residents reportedly saw him enter a house that was currently under construction. Recently released surveillance cam footage shows Arbery entering the house and observing the area for a few minutes before leaving with nothing in his possession. During this time, a 911 call was made alerting the police to Arbery’s presence.

According to Gregory McMichael, he spotted Arbery running down the street and thought he resembled a man shown committing a previous burglary on a surveillance cam. Believing, with no clear evidence, that Arbery was armed and dangerous, Gregory and his son Travis then grabbed their guns, hopped into a pickup truck, and formed a roadblock to enact a “citizens arrest” until the police arrived, even though “citizens arrests” in Georgia require arresting individuals to have directly witnessed a crime being committed.

In a recently released video that has since gone viral, Arbery is seen running up the road, where he encounters Travis McMichael. Arbery was shot and killed, McMichael claims, while wrestling with Travis for his shotgun.

Attorneys for Arbery’s family said the video was recorded minutes before the killing near Brunswick, Ga., and proved Arbery wasn’t involved in a crime.

“He tried to protect himself and ended up being the victim here in what can only be called a modern-day lynching, I think,” Moore said. “It’s inexcusable, and this new video has no bearing whatsoever.”

Last Friday, the McMichaels were arrested for aggravated assault and murder. Since the arrest occurred a full two months after the shooting, debate now centers on whether local law enforcement agencies had any implicit bias due to the fact that Gregory McMichael previously worked as a district attorney investigator and police detective. Two prosecutors have since recused themselves after revealing conflicts of interest.

The Georgia Attorney General has requested a federal investigation of the case.

Moore said he hopes that further investigation will bring to light as to what took authorities so long to arrest the McMichaels.

“What I hope happens in the meantime is that there’s a real review on what happened to delay the arrest,” Moore said. “I’m particularly concerned with officials who may have had knowledge about this tape and done nothing. These kinds of circumstances and what we see in that tape, when you see that, I would just say that inaction is never acceptable. I hope that not only are we talking about the McMichael case, but that we talk about other officials who may have been involved in either delaying or hiding evidence, willfully ignoring evidence that clearly shows that Mr. Arbery was unjustifiably gunned down in the street.”

The Daily Wire, headed by bestselling author and popular podcast host Ben Shapiro, is a leading provider of conservative news, cutting through the mainstream media’s rhetoric to provide readers the most important, relevant, and engaging stories of the day. Get inside access to The Daily Wire by becoming a member.