The Bitcoin price popped above $11,000 just as the Federal Reserve Chairman Jerome Powell started delivering his speech after finishing their two-day policy meeting on Wednesday.

Mr. Powell’s office boosted its monetary response to the COVID pandemic. It projected no interest rate hikes until at least the end of 2023. It also stressed on keeping its inflation target higher above 2 percent “for some time.”

Trending: Leaked Emails Suggest Nashville’s Mayor Office and Metro Health Hid COVID Numbers from Public Because They Were Too Low

Bitcoin pared part of its gains after Powell’s press conference concluded, plunging by as much as 2.55 percent from its session high at $11,099. The cryptocurrency slipped partially because of profit-taking behavior among daytraders. At the same time, its downside correction also came in sync with gold and the US market. 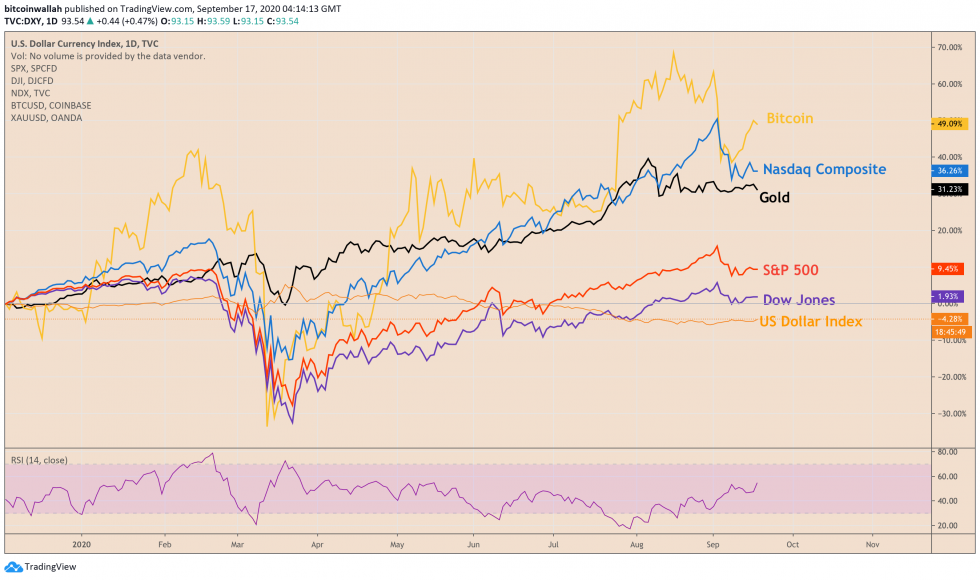